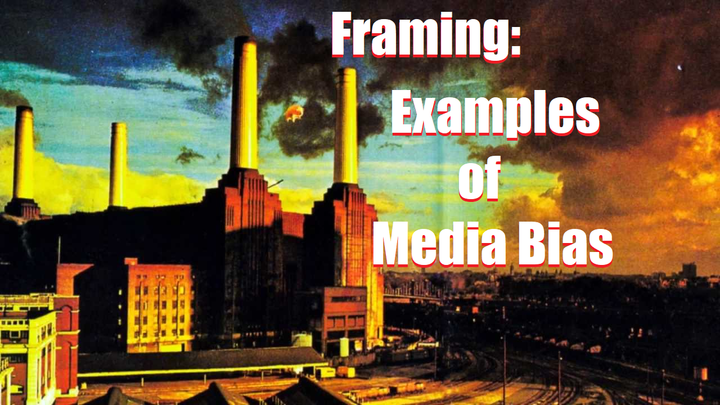 A common goal among the most dishonorable of the media outlets is framing an issue, especially in the past few years with Trump and the media’s obsession with opposing him. Regardless of whether one is for or against Trump, there is no doubt to even the most casual observers that every action Trump takes is to be met with fierce resistance by the MSM. This one-dimensional view is often contradicted.

Clever writers influence passive readers by inserting words or phrases to describe an action while ascribing a motive through unfounded assertion. For example, in a CNN article published on April 5, 2020, the authors write “President Donald Trump on Sunday again doubled down [my emphasis] on an unproven therapy for the novel coronavirus: hydroxychloroquine.” The inclusion of the phrase “doubled down” is important because it implies a more zealous response than before while also suggesting that there is a willful ignorance being hidden by bombastic behavior. If this were a fluff piece instead, the language would likely swing in the other direction such as saying, “Trump trolls critics”. The point is that the author has no direct knowledge of the motive behind the actions but asserts it without proof anyways.

Another sleight of hand is to preempt discussion about whether something should be done by criticizing the timeliness of the response. An example of this can be found in an article from The Verge dated June 4, 2019. In this article, it begins with “YouTube has at last formally responded to an explosive and controversial feud…” Inserting the phrase “at last” is preempting the question of whether something needed to be done at all before the question was even asked. In this way, the author bypasses the casual reader’s independent questioning of the events so that the reader is wondering why it took YouTube so long, rather than the merit of YouTube’s decision itself. An interesting side note about this is that these series of June articles written by The Verge aimed at YouTube were the catalyst to ignite the censorship one sees today. These events spawned mass-demonetization, began the “authoritative sources” gatekeeping of news topics, and all around was a big step in the move towards a more corporate atmosphere.

“If you repeat a lie often enough, it becomes accepted as truth,” Goebbels famously said in reference to Nazi propaganda. That statement is still true today. Anyone who has paid attention has undoubtedly heard slogans like “hands up, don’t shoot” or “Trump colluded with Russia to win the 2016 election.” Both are examples of repeated exposure to myth.

“Hands up don’t shoot” comes from the Michael Brown incident, which is cited by politicians as an example of another unarmed black teenager unjustly killed by police despite the fact that he had grabbed the officers gun and tried to kill him. A dishonest discussion of the events surrounding Brown’s death usually revolves around the plight of blacks in America and a religious listing of other blacks killed by police. I cite this particular case because it is indefensible when one considers how the autopsy, forensics, and eyewitness statements contradict the now prevalent narrative. However, the myth lives on. 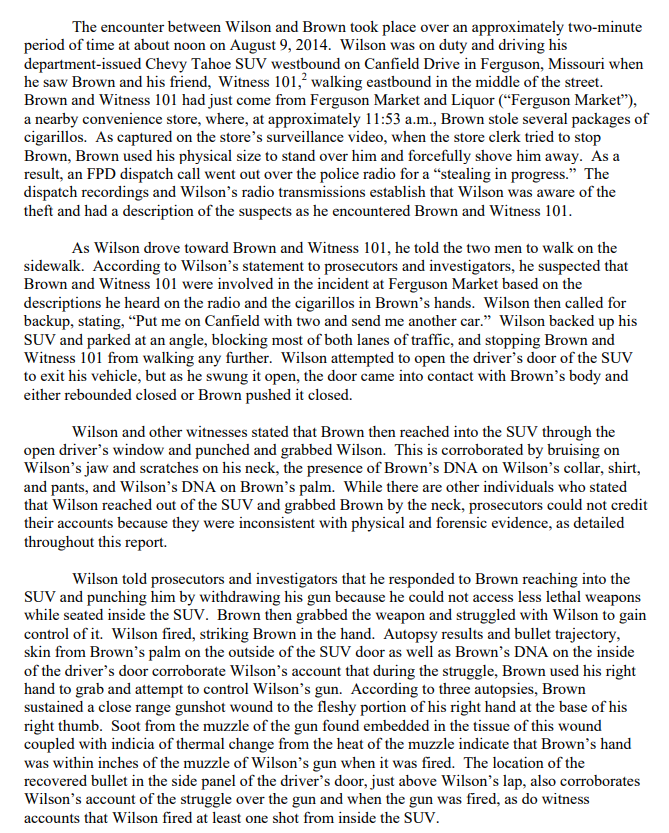 After Hillary Clinton lost the 2016 election, the DNC and the left accused the Trump campaign of colluding with Russia to steal the election. After a years-long investigation, the Mueller report had shown the opposite, yet there is no cessation of the slogan. In fact, the Clinton campaign funded the Steele Dossier in which an ex-MI5 agent had compiled information from Russian intelligence sources to provide a pretext for our modern-day Watergate scandal. Steele leaked his own information to the press anonymously so that the media would report it and it could be determined to be “corroborated”. The prevailing narrative that Trump is “Putin’s puppet” is truth by assertion, touted by all the late night comedians and the like.

Some other quick examples of the media’s dishonesty are stealth editing, bias by structure, omission, and countless others that I will expand upon in future works. A stealth edit is when a publisher updates an article due to an inaccuracy but does not let the reader know it was updated. Bias by structure is formatting an article so that the headline is misleading and sensational to drive clicks, putting all the supporting talking points in the first couple paragraphs, and leaving the information that challenges the entire narrative farther down the page in the hopes that the reader will lose interest and move on before reading it. Lastly, omission is the dropping of a story completely when facts come out that upend the prevailing narrative, such as the Ahmed Arbery story on The Drudge Report. More will follow on these topics.

I have been asked by family how I sort fact from fiction when reading the news and the truth is one does not always know. It is important to be vigilant whether the story comes from a trusted source or not. Detaching oneself emotionally and being open to learning inconvenient truths is the first step in being informed. The truth will often be a nuanced, multifaceted landscape with no clear way forward. People are used to clearly distinguished choices to pick from and when confronted with ambiguity, they look to someone they trust. The problem is that people unthinkingly view the press as a trustworthy authority and rely on them to tell them what to think. The search for truth is eternal and full of hard work if one actively pursues it.